Core Principle: “Being the Best You Can Be”

Our High Performance Service Team holds the swimmer’s best interest at heart, whether their focus is to achieve a personal best or qualify for a national competition. 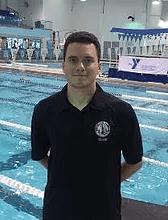 Nikolay has a powerful background of training, personal achievements and education. He has also been mentored by many of the most successful, well known leaders and athletes who taught him all the basics, techniques and know-how in sports, leadership and business development. This exposure gave him a colossal support and foundation both in swimming and everyday life situations. 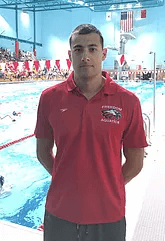 Coach Alex Protsenko brings with him over 18 year’s of swimming experience both in and out of the pool. He is a former 3 time Ukrainian National Champion as well as a medalist at the European Championships and he also was a candidate for the Olympic Games Beijing 2008 as a part of Ukrainian National swimming team. He has gone on to build an exemplary reputation as a Coach and Instructor throughout the Metropolitan area. 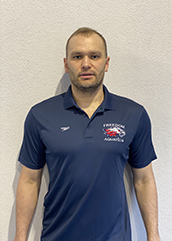 Pavel “Pasha” Buyanov. Coach Pasha brings over six years of successful coaching experience and a
lifetime of swimming achievements to our staff.

Most recently, he has successfully coached numerous swimmers to Metro Junior Olympics,
Sectionals, Futures and Junior Nationals for which he has garnered the Age Group Coach of the
Year award a remarkable 2 years in a row (2018 & 2019).

Among Coach Pasha’s swimming achievements are:

Coach Pasha will serve primarily as a Head Age Group Coach and Technical expert at our
Raritan Bay location while also applying his knowledge and experience as part of our ongoing
Clinic’s program. 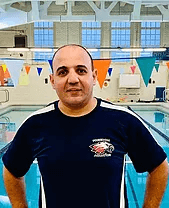 Merouane is expanding his role in our Freedom family by adding the title of Coach to his current “parent” status. Coach Abbou adds his international experience as a swim coach having coached in Morocco, United Arab Emirates, France and the USA as well as his ability to utilize the newest training techniques and his background in education, applied psychology and performance swimming to our coaching staff. He is a certified USA Swimming Coach – Level 2, ASCA – Level 5, NFHS – Level 2, Certified Interscholastic Coach – Level 2, a US Masters swimming member and is certified by the American Swimming Coaches Association – Level 5. 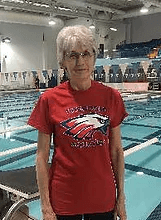 Sue Lecarreaux has a long and diverse history in swimming. She grew up in Ft. Lauderdale, FL with the great opportunity to swim under some renowned coaches such as Jack Nelson and Terry Carlisle. Proper technique was always stressed and there was always plenty of high level competition. She attended Florida State University and graduated with a B.S. in education.

But, there was no women’s swim team at that time, so swimming competitively seemed to be over. After teaching for 11 years in public schools and 4 years in private schools and raising four children, she returned to swimming as a Masters swimmer. Over the years she has had 77 US Top Ten swims and 3 World Top Ten swims.  In 1999, she began using her teaching abilities and knowledge of swimming technique to teach children and adults to swim. Over the years she has helped many overcome their fear of the water, learn to swim, achieve  success in competitive swimming and even trained many tri-athletes to swim with less effort and more speed.

“I love children and love swimming. The art and science of swimming develops the whole child. It builds character, teaches the acceptance of victory and defeat, teaches goal setting, working as a team, personal accountability, and how to make good decisions. I’m so proud and thankful to be coaching at Freedom!”​ 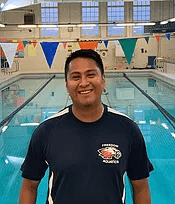 Antonio comes to us after having been the Head Swim coach for the NYC Parks – Staten Island Shockwaves for 10 years. Under his leadership, the team was ranked 2nd among all 13 indoor parks and recreation swim teams for 3 years in a row 2015-2018. Coach Antonio was also the Head Coach for Brooklyn College Men’s and women’s swim teams for 3 years. In the CUNYAC Championships, his men finished third, the team’s highest finish in history.

Brian began his swimming career with the YMCA Flushing Flyers, qualifying for three State’s teams. He went on to swim for Queensborough community college for two years qualifying for the NJCAA nationals in the 50,100,200 freestyle and the 100 fly in both years for the team. He then continued his academic and athletic career at Brooklyn college. In his first year at Brooklyn College he was a top 5 CUNY swimmer in the 50, 100 free and 100 fly. In his second year, he was a part of 4 school record breaking relays reaching 2 gold and 2 silver medals in his CUNY Championships. After completing his collegiate swimming career, he went on to become an assistant coach at Brooklyn College. 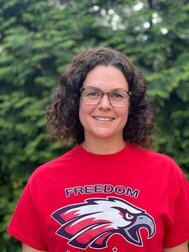 As a life-long competitive swimmer, Liz grew up loving the sport. As captain of her college team, she was a part of several successful swimming seasons. Now, as a parent with two swimmers on Freedom Aquatics, she enjoys watching her own children learn and compete.

An educator by day, she has transitioned her love of teaching young children and applied it in the pool as a coach. She has been a coach for five years, and has seen many successful swimmers compete in Metro Swimming at Championship levels. She is a certified USA swimming coach- Level 2 ASCA. She enjoys using her expertise to break down stroke technique for beginning swimmers. 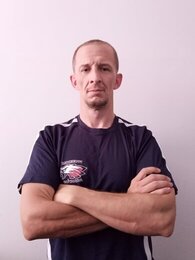 An avid swimmer, Sean began swimming competitively as a 16 year old senior in high school. With hard work and determination, he placed in numerous events at high school sectional championships. He decided to continue his swimming career at Mount Saint Mary College where he narrowly missed qualifying for the Division 3 NCAA championships.

After college, he returned to his high school to assist in coaching after the tragic loss of their swim coach. He continued his coaching journey for a local club team rising to the level of head coach. Within 3 years the team grew to over 200 swimmers with many qualifying for silvers, J.O’s, and even zones championships.

After moving to California, Sean began working with a team training swimmers for Olympic trials. After a brief hiatus to focus on caring for his daughter, Sean’s passion has been reignited by joining the Freedom Aquatics coaching staff.